Bisan Center
Home News Bisan Center for Research and Development condemns the transferal of its director... 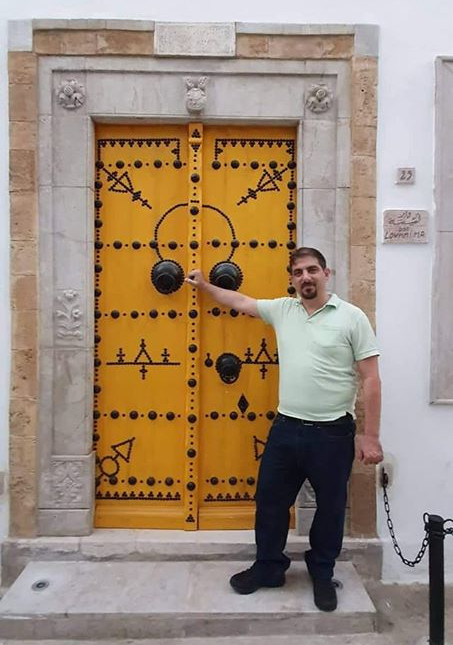 Without any charges or investigation, the Israeli occupation authorities have transferred researcher Ubai Aboudi, currently serving as the executive director of Bisan Center for Research and Development, to arbitrary administrative detention for four months. Bisan Center considers the detention of Aboudi in an arbitrary manner a part of a long-established occupation policy that violates all international laws and conventions that confirm it is permissible to detain without charge and without a fair trial.

We reaffirm that transferring our colleague Ubai Aboudi into administrative detention constitutes a violation of all international laws, covenants and human rights. The Israeli occupation has long practiced a continuous and systematic policy of administrative detention despite all the condemnations from human rights organizations around the world. Administrative detention constitutes a confiscation of individual freedom without any moral or legal justification and as part of collective punishment aiming to subjugate citizens under occupation to the will of the brutal colonial power.  This arbitrary policy also constitutes an annexation of civil society work which constitutes one of the main aspects of steadfastness in the face of occupation policies. Consequently, the occupation proceeds with its systematic arbitrary policies against civil society institutions through distorting their reputation, shutting down their offices, and arresting their activists.

Bisan Center for Research and Development calls upon all defenders of academic freedom and human rights to stand in solidarity with our detained director. And to raise their voices loudly against the policy of administrative detention until our colleague Al-Aboudi obtains his freedom and returns safely to his family to reassume his role at the center and freely exercise his role in society.

The occupation justifies administrative detention by depending on “secret files”, whereas neither the detainee nor his lawyer are allowed access to the file, violating the detainee’s right to defense. All that is happening in the so-called courts of confirmation or appeal on administrative detention are nothing but mock trials run by occupation’s intelligence service of, which dominates the military judiciary.

Bisan Center refuses that its director be held hostage by the security decisions that implement a fascist policy pursued by the occupation government in order to subjugate the Palestinian people and deprive their will and freedom.

Bisan Center reaffirms the duty and responsibility that lays upon all international human rights organizations to raise their voice loudly and firmly against this arbitrary policy.